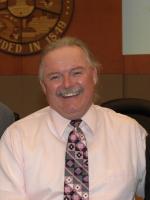 Past professional experience: Physical Access Manager for the City of Sacramento’s Department of Transportation/Public Works from 2006 through 2012. The first Americans with Disabilities Act Coordinator for the County of Marin from 2003 to 2006. Chief Executive Officer at Independent Living Services of Northern California, Inc. from 1988 to 2003. From 1987 to 1988, Burks was a Claims Examiner for the State of California Employment Development Department in the Division of the State Disability Insurance Program.  Worked as a Social Worker at the Butte County Welfare Department, Adult Protective Services Unit from 1985 to 1987. Chief Executive Officer at Northern California Independent Living Program from 1982 to 1985 and was the Executive Director for the Butte County Easter Seal Society from 1981 to 1982. Instrument Flight Instructor with the United States Air Force from 1971 to 1975.