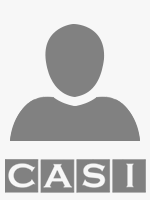 Peter M. Robertson has garnered more than four (4) decades of professional experience from direct service and leadership roles with local, state and national disability rights and service organizations and in private practice. Through sharing of his knowledge and expertise, Robertson significantly contributes to the promotion, creation and availability of environments without barriers that accommodate and attract people with a broad spectrum of abilities.

Robertson received a Bachelor of Arts degree in Developmental Psychology with a concentration on deafness from the University of California, Santa Barbara ('76). After graduation, he was responsible for implementing innovative programs for the Special Education Department of Santa Barbara City Schools and Museum of Natural History that integrated children with and without disabilities. During this same year, Robertson founded a not-for-profit, social service organization: the Community Center on Deafness, Inc.. In 1977, while furthering the deaf center's expansion, he entered post graduate studies in Community Psychology concentrating on the dynamics of disabled & non-disabled individual & group relations. Robertson received a Master's degree from Antioch University in 1981.

Between 1978-88, Robertson was a sign language consultant and performer with the internationally renowned performing arts company, Access Theater, Inc.. He simultaneously served on the faculty of Antioch University in '83 and at Santa Barbara City College between 1978-1990. In 1980, Robertson became involved with a regional independent living center of, by and for people with all types of disabilities, the Independent Living Resource Center (ILRC) serving the Tri-Counties Santa Barbara.

The independent living and deaf centers merged in 1981 with Robertson responsible for direct service development and delivery. In 1982 Robertson was promoted to an administrative position, during which the agency received statewide and national recognition as a model for a cross-disability service organization. Throughout his tenure, despite the services of independent living and deaf services centers across the nation, Robertson observed that individuals with disabilities and the community-at-large were still confronted by a variety of barriers that limited participation and opportunities.

Recognizing that public entities, private businesses and professionals and the communities they serve could benefit from professional assistance with creating, managing and marketing accessible environments, Robertson opened the doors of ACCESS Unlimited in 1986. ACCESS Unlimited offers an unsurpassed understanding of the full-spectrum of accessibility as it applies to accommodating people with different disabilities in a wide variety of public accommodation, service, transportation, residential and employment environments. Robertson continues to expand his knowledge and expertise by attending local, state, national and international conferences on accessibility and universal design, including being a delegate at the 1992 International Congress on Disability in Vancouver B.C.. He constantly maintains and expands his networks with other professionals in the field of accessibility and the disability rights movement. Robertson was a regular contributing columnist to the NATIONAL FOCUS~a multi-disability/accessibility national newspaper until it's closure. Some of his writings have been published internationally.

With the increasing availability of specialists since the passage of the Americans With Disabilities Act, Robertson's commitment to uniform and comprehensively accessible environments grew. One of his long-range goals was seeing the establishment of a professional association to address standards of excellence; ethical practices; a common body of knowledge with subdisciplines; certification criteria and process; continuing education; and, advancement of the field of accessology.  To that end Robertson eagerly became a Founding Member of the Certified Access Specialist Institute during it's inuagural year (2009-10) and maintains his membership in good standing: confident that such an organization contributes to development and implementation of comprehensive accessible design, barrier identification and accommodation efforts.  As ACCESS Unlimited's President & Prinicpal Accessologist, Robertson's work in this regard has received public recognition and awards. The diversity of Robertson's background coupled with the expertise and capabilities of ACCESS Unlimited, insures clientele are leaders in their industry with respect to efficiently and cost-effectively creating, managing and marketing accessible environments for everyone.